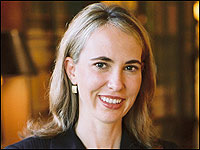 I’ve been observing the Arizona shooting incident and the subsequent news coverage and blog posts since the shooting happened. As soon as I turned on my TV Saturday night and saw the ongoing coverage, my first thought was “Oh no, they’re going to blame the TEA Party.”. Instantly, I felt bad. Politics was not the story. The story was, someone, who at the time they did not know who he was, shot 13 people, and at the time five was dead, including a nine year old girl. My kids often attend political events with me. That could have been me. My daughter just turned nine. That could have been her. I should have never, in a perfect world, had to have the thought cross my mind of what kind of political mudslinging was about to occur because a Democrat Congresswoman was shot in the head. THAT is the environment in which our Main Stream “Media” has created in our society. Then I stopped, listened, and learned more about her political history.

Gabrielle Gifford’s Political History
She used to be a Republican. She then changed to the Democrat party. She is known as a “Blue Dog” Democrat. (“Blue Dog” means “Conservative”.) If there was a Democrat that the TEA Party would “like”, it would be a Conservative Democrat in theory. It might be news to some, but Sarah Palin does not dictate what happens within the TEA Party. Go even further, there are a number who identify with the TEA Party values who do not even care for Palin, and believe the TEA Party Express, who Palin toured with, oversteps their boundaries within the movement. There are some TEA Party Patriots who when asked, will share they agree with Palin in ideology but are not a follower of Palin and hope she does not run for President in 2012.