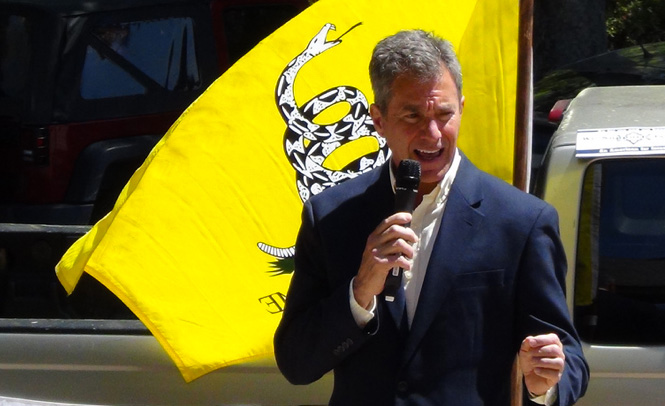 Dr. Greg Brannon, practicing OB/GYN critical care surgeon out of Cary, NC, officially announced that he will run for Kay Hagan’s Senate Seat in the 2014 election.

Brannon officially announced his campaign Saturday afternoon in front of a mixed audience of the NC-RLC and the Eastern NC Tea Party, at a Winterville, NC event, “LiberTEA Rally.” The event organizers were unaware that Brannon would make his initial campaign announcement at their event, calling it a surprise.

“(We were) proud to be part of the event. I wasn’t aware it was his first public announcement,” said Diane Rufino, Founder of the Eastern NC Tea Party.

The Eastern North Carolina Republican Liberty Caucus said of the announcement, “We were pleased that invited speaker, Dr. Greg Brannon … choose our Liber-Tea rally as the setting to make his first public announcement regarding his candidacy. … Dr. Brannon is a strong advocate for the US Constitution, personal liberty, and freedom. We look forward to his focus on these essential issues during his candidacy.”

Dr. Greg Brannon is the President of FoundersTruth.org and a weekly radio guest of the Bill LuMaye Show out of Raleigh.