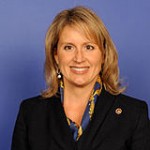 “On this second anniversary of President Obama’s failed ‘Stimulus’ Plan, we would do well to look back at how we got to where we are today so that we don’t repeat the mistakes of the past.

The bill passed and instead of dropping unemployment soared. We’ve had a record 21 months of unemployment at 9 percent or higher. Worse, 2.5 million jobs have been lost. In North Carolina it was projected that 105,000 jobs would be created – instead 95,900 jobs were lost.

We spent a trillion dollars on the ‘Stimulus’ package – increasing our national debt to over $14 trillion – and failed.

As a result, today, we face a spending-driven debt crisis. But instead of cutting spending the President wants to spend even more.  This week he presented a new budget that will once again double the national debt in five years, triple it in ten and add $13 trillion worth of red ink to the national debt.

The federal government is now borrowing 42 cents of every dollar it spends. We cannot continue on this course.  But again, last month, in his State of the Union address the President called for more spending for targeted “investments.”  This is just another way to say we need a new ‘Stimulus Plan’ to replace the old one that brought us higher unemployment and soaring debt.

The lesson we must learn from the past is that we must stop out of control spending.  This is why, on the two year anniversary of President Obama’s enactment of the ‘Stimulus,’ I join House Republicans to cut job-destroying spending by over $100 billion.”