U.S. Senator Jim DeMint (R-South Carolina) introduced the Secret Ballot Protection Act (SBPA), legislation that will guarantee the right of every American worker to have a secret ballot election on whether to unionize. The bill would guarantee workers the opportunity to cast a secret ballot before a union can be organized. 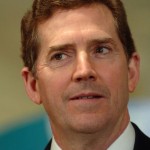 “Last Congress, union bosses and their Democrat allies tried their best to deny workers their basic American right to a guaranteed secret ballot election,” said Senator DeMint. “Secret ballot voting is a basic American value that we must protect. This bill ensures every American worker gets to cast a secret ballot vote without pressure and fear of retribution from union organizers and coworkers looking over their shoulder. No American should be forced to join or pay dues to a union just to have the opportunity to work and provide for their family.”

“This legislation is essential to protect the workplace from unfair pressures to unionize,” said Senator Graham. “Every American worker should be able to cast their ballot for or against unionization in private and without fear.”

Under current labor law, employers can force a union on their own workers by recognizing a union as the exclusive bargaining representative based on a “card check,” or they can insist upon a secret ballot election administered by the National Labor Relations Board (NLRB). SBPA would require secret ballot elections. SBPA helps protect workers from the certification of unions through card check only, which some in Congress want to mandate through the Employee Free Choice Act. It also protects workers from card check certifications approved by their employer without their consent, which is permitted under current law.

Recently four states – South Carolina, Arizona, South Dakota and Utah — took steps to protect their workers and their economies from future “card check” legislation and are now coming under fire from the National Labor Relations Board. The threatening letter was written by acting NLRB general counsel, Lafe Solomon, who has not been confirmed by the Senate. Today, the states responded to the board in a letter stating: “These state laws protect long existing federal rights and we will vigorously defend any legal attack upon them. That the NLRB would use its resources to sue our States for constitutionally guaranteeing the right to vote by a secret ballot is extraordinary, and we urge you to reconsider your decision.”

Less and less American workers are choosing to unionize. Researchers have found that unionized companies are often less innovative and more likely to lose jobs over time, and states with unions can take considerably longer than those that don’t to recover from recessions. Union membership has been cut in half over the past 20 years and organizers are scrambling to grow in any way possible. In 2010, only 11.9 percent of workers were union members, down from 12.3 percent in 2009. In a 2009 poll conducted by the Center for Union Facts found that 82 percent of non-unionized workers would not like their jobs to be unionized.

Numerous courts, including the U.S. Supreme Court, have criticized union attempts to intimidate workers through card check policy and have upheld the fundamental rights of workers to engage in secret ballot votes.

“We would be closing our eyes to obvious difficulties, of course, if we did not recognize that there have been abuses, primarily arising out of misrepresentations by union organizers as to whether the effect of signing a card was to designate the union to represent the employee for collective bargaining purposes or merely to authorize it to seek an election to determine that issue.” (NLRB v. Gissel Packing Co., Supreme Court of the United States, 1969)
“Freedom of choice is a matter at the very center of our national labor relations policy, and a secret election is the preferred method of gauging choice.” (Avecor v. NLRB, D.C. Circuit, 1991)