Shuler introduced the Fairness and Independence in Redistricting Act, H.R. 453, which requires states to establish an independent, bipartisan commission to redraw congressional district lines every 10 years following the decennial census. An equal number of commissioners would be appointed by the minority and majority floor leaders in each state’s legislatures. The appointed commissioners would then elect, by majority vote, the commission chairperson. This legislation requires the commission to use geographical contiguity and compactness of district, rather than political affiliations and the impact redistricting will have on incumbent representatives, as criteria for redrawing district lines. If passed H.R. 453 would go into effect for the 2020 redistricting, not 2010.

“The American people should choose their representatives—not the other way around,” Rep. Shuler said. “The current system of gerrymandered districts has left a patchwork of highly-partisan, ideologically skewed Congressional districts, where Representatives are more beholden to their political party than the constituents they were elected to serve. While most Americans identify with the ideological center, too many of our congressional districts don’t reflect that. These gerrymandered districts often result in representatives from both extremes of the political spectrum being elected to Congress who cannot or will not work together for the benefit of all.” 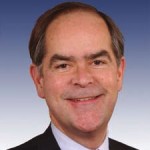 Rep. Cooper introduced companion legislation to H.R. 453, the Redistricting Transparency Act, which requires all proposed redistricting plans to be available online for review and public comment prior to their adoption. This legislation will increase public participation and accountability in the redistricting process, set to begin in most states within in the next week.

“Together, these two pieces of legislation take steps to create a culture of bipartisanship that has been absent in Washington in recent years,” Rep. Shuler said. “If we are to work together in Washington to find solutions to the challenges facing our country, bipartisanship must start at home with the way our congressional districts are drawn. The result will be a system where the American people—not political parties—have the advantage in our political process.”

Living in severely gerrymandered districts myself- NC12 and State NC32, I am the first one to raise my hand in support of redistricting reform. However, I’m not so sure this is the best way to go about it. What are your thoughts?