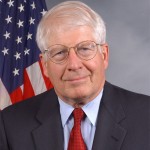 Representative David Price (D, NC4) spoke on the House floor January 19th . In his effort to oppose the repeal of the health care law, he claims the efforts of the Republican party to go forward with the repeal is putting its’ “TEA Party base ahead of everything else, including the health care needs of the American people.”.

Rep. Price claims it is fiscally irresponsible to repeal because it would cost $230B over the next ten years. Patriots, I’m not sure about you but I would rather have $230 Billion than $2.6 Trillion! However, I hope Representative Price is right on the idea that Republicans care enough about what those in the TEA (Taxed Enough Already) Party movement thinks, that they actually keep their campaign promises. That’s change I can get on board with!

Facts about the Health Care Law: