Our country is like a large ship heading towards Niagara Falls. If we wait to act, we will not have time to prevent our nation from destroying itself. There are four reasons we, as a nation, are where we are. The first reason is our representatives are no longer servants but independent contractors who do things the way they want and only worry about the states or the people when re-election time rolls around. Why else would someone spend millions of dollars to be elected to a job that only pays $163,500 a year? Power is the reason.

The second reason our ship is heading towards sure destruction, the election system. When this country was founded, our founding fathers wanted a country where the people maintained control. Where the powers that be can be contacted and forced to stay in contact with the people, try that with Washington and you will be arrested or put on hold if you can get through. The almighty United States Senate is the only entity that was to represent the states and the United States House of Representatives, represented the people.

Since those in Washington decided it was better and easier if the Senate was elected, the birth of a new political group was born. Today the actual states are not represented in Washington any longer, they have no voice. The states with high populations and the states with smaller populations were once equal, since the populist election of the Senators; the states are not equal any more.

The third reason our country is heading over the falls, is simply because of our tax code. When our founding fathers designed our constitution, they wanted the states to be free and independent. One way they achieved this was for the individual states to pay taxes to the federal government. The states then taxed land owners and other commercial transactions. But once again our illustrious congress decided they could gain more power by taxing everyone individually and commercially. This gave Washington an overwhelming power to control each person’s activities. If they do not want an activity, they just tax it and if they want more of an activity, they lower the taxes on it.

Our tax system today is nothing more than economic manipulation to control every aspect of our lives. If you don’t believe me, ask yourself this, “what is not taxed”? Every election time we either hear, “I will lower taxes” or “I will not tax you, just the rich”. But who are the rich? Well now we are getting to the heart of our problems; the rich are our employers. Those who provide us jobs are considered rich; the paint shop down the road makes over $250,000 a year. Most of small business pays personal income tax and the taxes of the company together and the owner is now considered rich, this is known as sole proprietor and they make up approximately 70% of the employers in America.; hence fewer jobs. 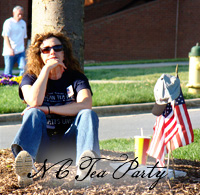 Most of our problems stem from the slow takeover of every power we, as individuals, once held. We allowed Washington, in the name of “diversity” or “the children” to take that power away from you and me. We allowed those, who think we are too dumb, to steal the very powers that made us the greatest nation the world has ever seen. Why do you think America has been going downhill since WWI?  Since WWII, we have not won any war we have ever been in.

This is the year we must do something to save our country, if we wait until next year we might be too late. This November, while standing at the poll, remember these words. I cannot remember who said them but it is so good I use it daily. “Clean Washington Out, Give Washington an Enema”; after all, some of them have been in there for over 40 years. Send the message to Washington and never forget to send that message to your own state governments. Tell your states it is time to regain states rights; it is time for the autonomous rights our constitution gave them to return. The hierarchy of power that our constitution provided us was, the people, the states and then the federal government, not the other way around. Also remember, the constitution has no authority over the individual, it is just a list of things our federal government cannot do to us, it says nothing about what an individual can do and cannot do to each other.

David blogs at “What’s Wrong with Our Country“