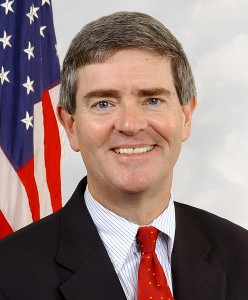 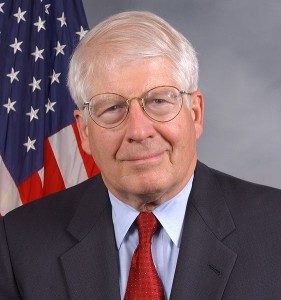 These fine men think there will be no ramifications of a corrupt and disastrous Health Care Bill that was quite literally shoved down our throats. Let us all let their pictures and what they did to us sink in so we remember to get rid of them in November. Let’s send Larry, Curly, and Moe packing!

CARY — The Triangle’s three Democratic congressmen said Friday that they were not expecting a political backlash against the recently enacted health care law in the fall elections.

They said GOP efforts to repeal the law would likely fall flat because the law will make health insurance more widely available and affordable to more people, including those with chronic illnesses, those laid off, seniors, college students and others.

“I don’t think there will be any more going back on this than there would be on Medicare or Social Security,” said Rep. Brad Miller, whose remarks were echoed by Reps. David Price of Chapel Hill and Bob Etheridge of Lillington

A statewide poll released this week by the Civitas Institute, a conservative Raleigh group, found that 39 percent support the changes, 50 percent oppose it, and 11 percent are not sure. (The survey of 600 voters was conducted by Tel Opinion Research and had a margin of sampling error of plus or minus 4 percentage points.)

Republicans have sought to capitalize on that skepticism. They have lobbied Gov. Bev Perdue and Attorney General Roy Cooper, both Democrats, to join a lawsuit challenging the law’s constitutionality. GOP state legislative leaders plan to introduce a bill exempting North Carolina citizens from the requirement that they buy health insurance.

The Democratic congressmen chalked up the opposition to partisan politics.

Miller said the bill that passed Congress is very similar to past Republican health insurance proposals.

“Massachusetts has something very much like this, and 70 percent of the people who voted in that [Massachusetts Senate election] said they wanted to keep what they had.”

Price said it would be a hard sell for Republicans to argue for repeal. He said many parts of the health care overhaul will be popular: allowing people with pre-existing conditions to get health insurance, allowing parents to keep their children on their insurance policy until 26 years of age, providing tax breaks to small businesses that provide insurance to their employees.

“Take that away: How viable is that as a political position?” Price asked.

“I know there is a certain hard-line element that are going to hold the Republicans’ feet to the fire and they have to be dogmatic about it.”

Etheridge said Republicans have been playing partisan politics around the issue.

“The party bosses in Washington have introduced legislation to repeal it,” Etheridge said.

Dallas Woodhouse, state director of Americans for Prosperity, a conservative organization that has sponsored rallies against the health care bill, said he believed the new law would rebound against Democrats who supported it.

The congressmen were praised by Bob Jackson, state director of AARP-North Carolina.

But outside the community center, there was one lone picket, Dave Burton of Cary, who carried a sign with a quotation from the late Sen. Paul Tsongas: “If anyone thinks the words government and efficiency belong in the same sentence, we have counseling available.”