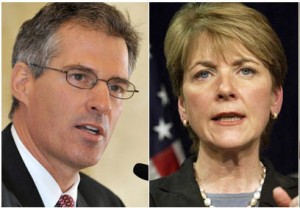 Congrats to all of you!  This is a victory for everyone who attended a Tea Party, who marched on DC, who worked on a campaign, who supported their candidate financially, who called their representatives speaking out against Cap and Trade and so-called Health Care Reform.   This one is for YOU!

Soon the shock waves of the Scott Brown victory will dissipate in Massachusetts, Washington DC and the rest of the country.  But some very valuable lessons were learned over the past few weeks and we must take note.

Grassroots movements can have a real impact.  Tea Party members came together to make a difference in this election.  Several of you emailed that you contributed to Scott Brown’s campaign.   Others told me they volunteered to make phone calls to registered voters in Massachusetts.  A few of you even told me you were considering driving up to MA to canvass neighborhoods and drive voters to the polls.  This is the level of commitment that is required to win elections and transform our government.

We have a very important election coming up in 2010. We have to apply this model in every state and every community- including our own- in the upcoming election cycle.  We need quality candidates from our ranks- and not just for national offices.  Local and state governments matter because ALL politics is local.  Consider running.  If you cannot run, find a qualified candidate and support them financially and by volunteering.